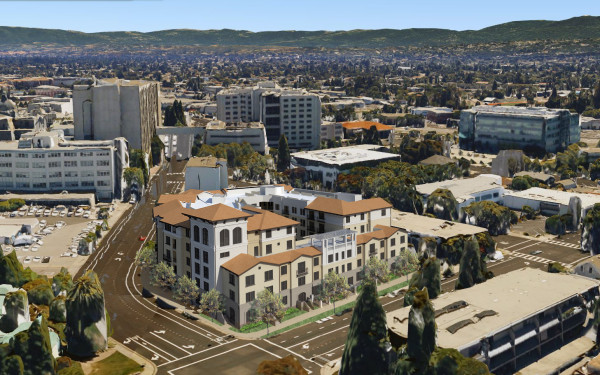 The Walker & Dunlop team, led by Ralph Lowen, Jeff Burns, and Justin Nelson, structured the loan to include 10 years of interest-only payments at a low, fixed interest rate, well below 4 percent. The loan was processed as a Fannie Mae Near-Stabilization Execution, which offered competitive proceeds, exceeding 100 percent loan to cost, which will allow the borrower, Acclaim Companies, Inc., to retire the construction loan and preferred equity financing. The borrower is seasoned in the local market, and the key principals of the property have 19 years of experience owning and managing multifamily properties.

Mr. Lowen commented, “The Walker & Dunlop team was honored to work on this deal with Acclaim Companies, Inc. Locale Apartments represents the future of multifamily living, and the new core of Silicon Valley. We are pleased to take part in this transformative time in Redwood City’s history and are grateful for this opportunity to strengthen our relationship with Acclaim.”

Acclaim Companies, Inc. Founder and Managing Partner, Mark Johnson, added, “I was pleased to partner with Ralph Lowen and the Walker & Dunlop team on the takeout financing for Locale. Ralph earned my business in 2008 when most lenders were running for cover. Over the years Ralph and his team have earned our trust by providing great service and competitive terms on our financing needs. At Walker & Dunlop, Ralph is now surrounded by talented professionals like Jeff Burns who secured our Fannie Mae loan at the most competitive terms and then executed flawlessly on the delivery.”

Locale Apartments is a 133-unit, conventional multifamily property located in Redwood City, California near the heart of Silicon Valley. Completed in 2016, the property offers luxuriously-appointed units consisting of studios, one-, and two- bedroom apartments. In-unit features include Wi-Fi hubs on each floor, stainless steel appliances, keyless fob access, Nest learning thermostats, and a thermal solar water heater. The building is also pre-wired for Google Fiber, a 1 gigabit internet service which is up to 100x faster than standard high speed internet. The community amenities offered are also high-quality, including a roof-top deck, outdoor spa, fitness center, private club room, bike storage, pet area, and electric vehicle charging at half of the parking spaces. Locale enjoys access to renters such as Stanford University patrons, and tech employees from companies such as Facebook and Google, and exceeded 90 percent occupancy as of July, 2016.

About Walker & Dunlop
Walker & Dunlop (NYSE: WD), headquartered in Bethesda, Maryland, is one of the largest commercial real estate finance companies in the United States providing financing and investment sales to owners of multifamily and commercial properties. Walker & Dunlop, which is included in the S&P SmallCap 600 Index, has over 500 professionals in 24 offices across the nation with an unyielding commitment to client satisfaction.